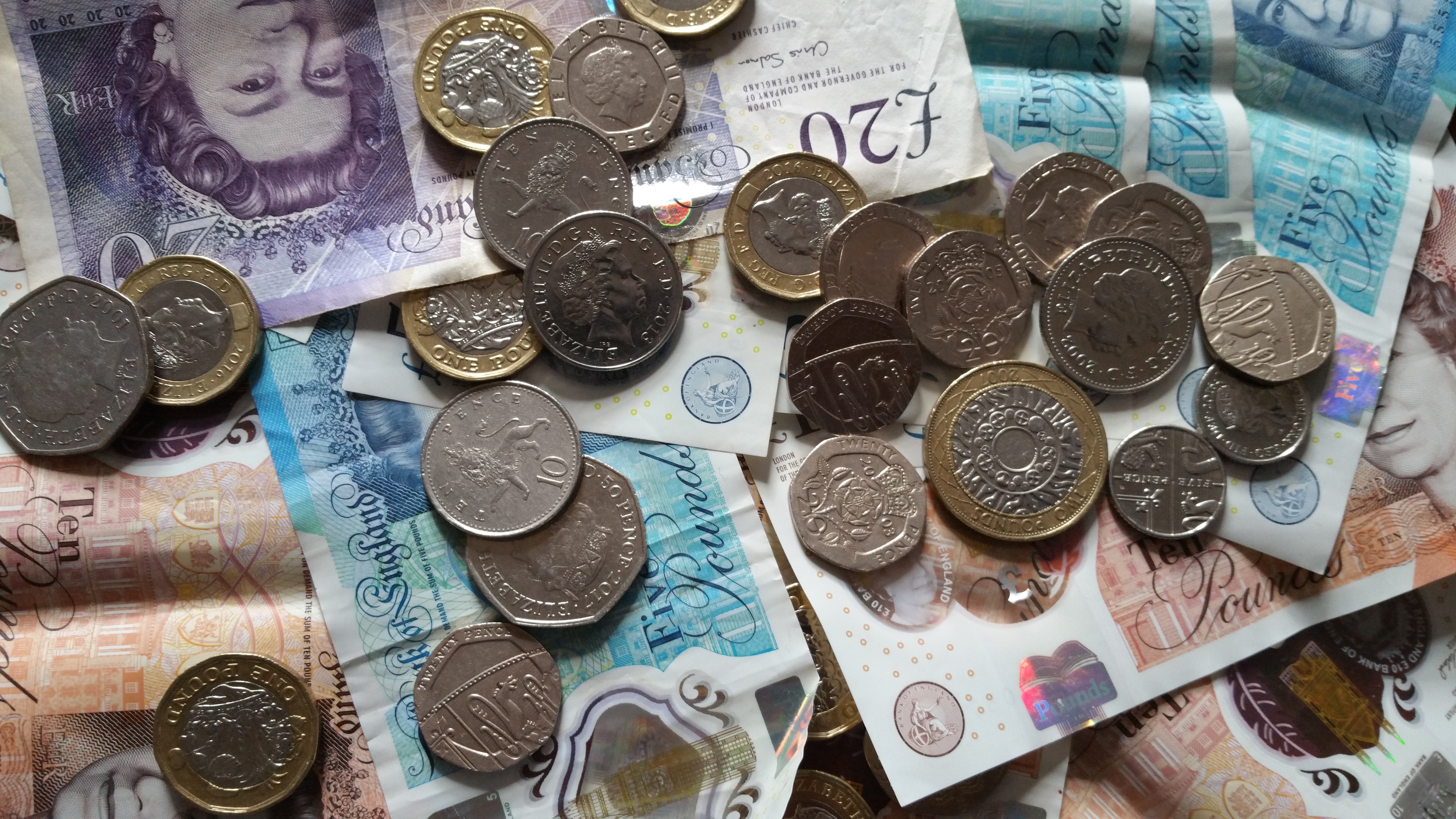 Most charities are missing a trick when it comes to online fundraising. They whack a big “donate now” button on their website and hope for the best.

Whilst having a clear call to action for supporters is vital, there is a more sophisticated way to raise funds through your website. One that requires more nuanced thinking, and a campaign-driven mindset.

In this post we’re going to show you how you can create multiple places on your website for visitors to give. We’ll demonstrate how this approach can, over time, drive up your donations exponentially leading to massive growth and impact.

The current mentality for online giving

Conventional wisdom suggests that website visitors will read some stuff on your site then choose to make a donation. And whilst this obviously does happen, it relies on a couple of things being in alignment:

On the face of it these two points sound obvious and irrefutable. But the reality is that you can influence the reader’s state by providing additional context. You can create a scenario where the chance of them engaging with you increases, regardless of the above two points ringing true. This requires being more campaign-oriented as an organisation.

A campaign - or an appeal - is a specific, usually time-bounded project where the charity focuses on a particular issue and asks for support. Many large charities run appeals constantly, but most small organisations do not, instead attempting to funnel all donors down the same path.

The most obvious example of an appeal, and one that many small charities did engage in, is when COVID-19 hit. Charities create a special donation path based on a specific event; they asked explicitly for support during the pandemic. This is what is meant by a “campaign-driven” mindset.

What campaigns could you create?

For many working in small charities, it is common to focus on the end goal. A homelessness charity aims to get people off the streets or their friend’s sofas and into their own homes. The obvious way to gather support is to ask for donations to help achieve this goal. But campaigns enable you to ask for money in a more sophisticated way - one that supports the end goal.

For example, Leeds charity Simon on the Streets organises a sponsored “sleep out” each year. 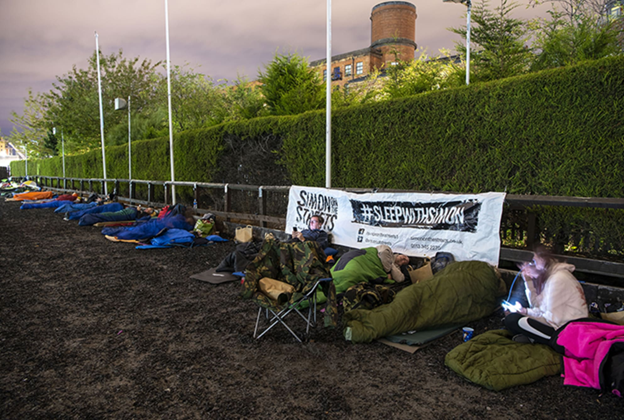 This campaign engages supporters and local businesses and drives significant funding for the charity every time they run it. The campaign itself is a “hook”, bringing the organisation to people who might not ordinarily donate. Each participant will raise funds, as will the businesses supporting the charity. This campaign creates an army of people, building awareness and bringing in money that would otherwise be left on the table.

Exercise: consider how your services can be sliced and diced into interesting events and stories. Here are a few more examples to get you thinking:

It’s time to get creative! Write down the things you offer and the things you need on a sheet of paper, then think up ways in which you could engage your audience(s). Involve the team in this and spend at least a few hours working through some ideas.

How to launch an appeal

Once you have considered how your service could be designed to appeal to a subsector of your audience, the next step is to actually launch it. There are at least two things to consider:

Let’s break them down.

This is the techy bit, but don’t worry, it’s fairly straightforward. Once you’ve figured out what the campaign is all about, you’ll need a way for people to engage in your appeal. To do this you can create a dedicated page on your website, e.g. mysite.com/appeal-name, which will consist of your campaign messaging and a donation form. In website terms, this is called a “landing page”, because it is a special page that visitors land on from elsewhere (e.g. Google).

A good example of this is the WWF’s Adopt a Penguin appeal. This page specifically talks about penguin welfare, provides figures to back up their appeal and then asks for your support.

As a small charity, borrowing ideas from these larger organisations could really help you to grow. 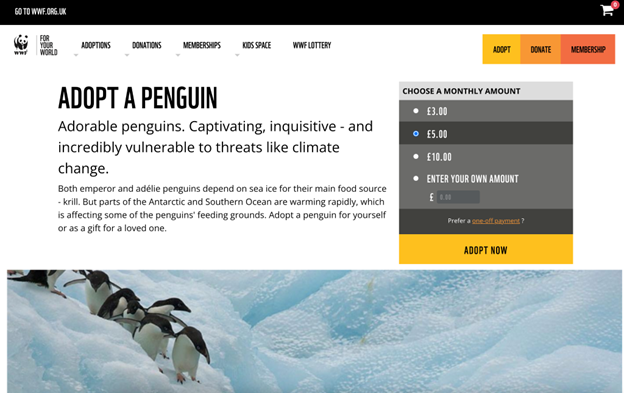 Attracting an audience Developing a platform for your appeal is just one half of the challenge: the next task is to drive targeted traffic to it. You want visitors who care for the cause and are able and willing to support you. How do you achieve this?

There are two very common ways:

If you qualify for Google’s non-profit ad grant, running an ad campaign could be an amazing way to hit your goals. The idea is to be present in the search engine results at exactly the time people are looking for you. For example, the WWF penguin appeal above may want to show up for searches such as:

That last example - “penguin charity” - might sound a little specific, but according to keyword research around 70 people look for this each month in the UK. And sure enough, the WWF are running a Google Ads campaign on this very search term:

This paid ad funnels people directly to their appeal page.

The second option we mentioned was running a social media campaign. Much like a Google Ads campaign, this involves creating content that is “boosted” to get in front of a larger audience.

Crucially, in both cases - social media or Google Ads - you would send traffic directly to your landing page with the donation form on it. And in a nutshell, this is how small charities can begin to compete with the bigger players; by splitting their offering and asks into targeted landing pages and bringing subsections of their audience to them. Seeing beyond the big, red button You would be hard-pressed to find a charity website that didn’t possess a large button somewhere at the top that says “donate now!” This is necessary and serves a vital purpose.

However, as we have outlined in this article, small charities are missing out if they stop there. By reorienting your view of online fundraising to become more campaign-centric, an endless well of ideas can emerge. You’ll look upon your service and beneficiaries in new ways. You’ll better serve your audience and you’ll increase your revenue in the process. Then, all of a sudden, your “small” charity might not seem that small any more.

Talk to us to find out how Beacon can support your fundraising goals.

Chris Houghton heads up the team at Beacon. He's focused on using data and technology to empower nonprofits to do more good.

Want to talk about charity CRM? You can connect with him on LinkedIn.